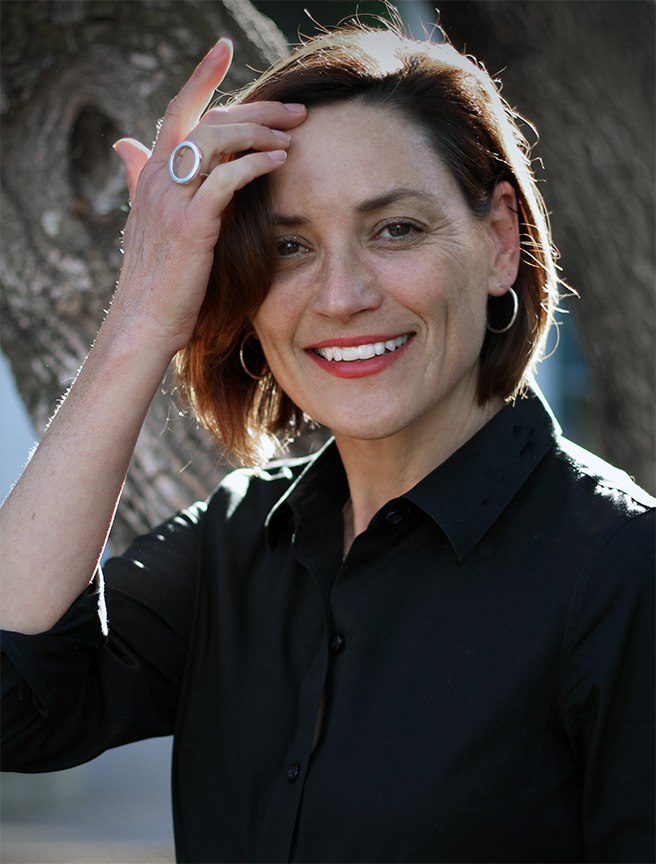 Rebecca Webb is a photographer who investigates the relationship between identity in connection to place in both portraiture and landscape.

"Photography is the perfect medium to express my ideas and explorations of identity as it relates to space and personal environments, in that it combines cinema, painting, and drawing, and can be an autonomous act - one doesn't necessarily need a crew to make an image come to life."

Rebecca'sÂ background is in painting and printmaking. In 2018 she was awarded a generous grant from the William Male Foundation and exhibited her photos in groups shows and magazine publications.Â  In 2017, Webb was invited to attend the Millay Artist Colony as a resident artist, and was nominated for the 2017 San Diego Art Prize, and as a finalist for the John Chervinsky Award at the Griffin Museum of Photography. Selected group exhibitions include the Griffin Museum of Photography, the Thomas Kellner Atelier, Center for Fine Art Photography, Los Angeles Center for Digital Art, and Cooper Union; a two person show at the San Diego Art Institute; and a solo show at JDC Fine Art.Â  She has produced documentaries and feature films, and lectures on photography and film. In 2014, Webb launched the Filmatic Festival at UCSD to present immersive experiences at the intersection of science, cinema, and technology. In the spring of 2018, she produced an immersive "24 hour" installation for Wonderspaces at the Lafayette Hotel, and worked with the Oceanside Museum of Art as an independent curator. Currently, she is the lead curator of the exhibition "San Diego: The Architecture of Four Ecologies" at the La Jolla Historical Society, to open September 2018.

The William Male Foundation awarded Rebecca a grant so she could purchase photography equipment and elevate her photography practice. Here's Rebecca talking about what the grant meant to her:

Visit Rebecca's website for more samples of her work.